Thomas Brindley and the Smiths

This blog is, of course, about the Smiths who moved to Ireland in the early 1850s from Cumberland.  But – of course – there are numerous other families that link into the Smiths in Ireland and England.

One of the more interesting connections I have found recently is with the Brindleys from Cheshire.

I need to start with Thomas Brindley who owned a farm in Poynton, on the edge of a coal-mining area close to the border with Derbyshire.  Thomas was born in 1799 in the parish of Marple, Cheshire.  By 1841, Thomas and his second wife Hannah Smith (no relation to our Smiths) were living on the farm in Poynton with nine children.

These photographs of Hannah and Thomas Brindley were taken around 1870.

In 1850, Thomas took the tenancy of a farm of 300 acres in Ballysheehan townland, County Tipperary, about 5 miles northeast of Cashel.  I assume the whole family came with him because there are no Brindleys recorded in the 1851 census in Poynton.  Thomas continued to have electoral rights in Cheshire because of his land ownership there.

Mary Ann Brindley was the second daughter in the family and she has some significance for the Smiths (eventually).  Mary Ann married John Nicholson in Cashel in 1856.  The Nicholsons had at least three children: William born in 1857, George born in 1860 and Alexander born in 1862.  I don’t know where the two elder boys were born but Alexander was born at Ballysheehan – where his grandfather was farming.

Caroline Brindley was the second youngest daughter and she also has significance for the Smiths.  In 1864, Caroline married William Smith who was living in London working at HM Customs but presumably visiting his family in Rathcoun, County Tipperary, where they had settled in the early 1850s.  There is no doubt in my mind that the Brindleys and Smiths were well known to each other before 1864.  (Thomas Brindley was one of the witnesses at the marriage of Hannah Smith and Joseph Backhouse in Cashel in 1859.) 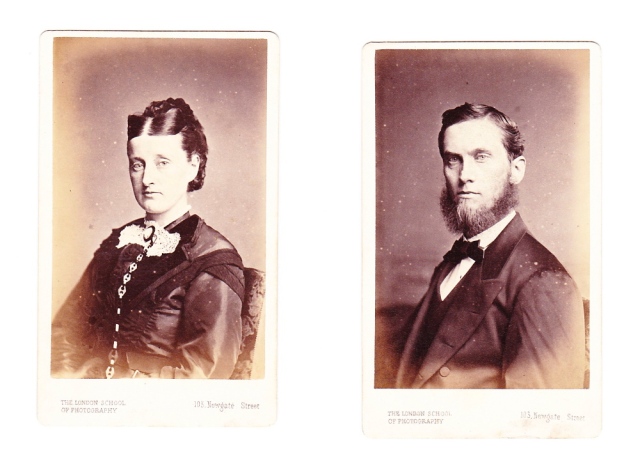 Caroline moved to London after her marriage to William Smith.  Caroline and William had one son, Hubert William Smith.  Some time after 1864, Thomas Brindley, with his wife and probably several of his unmarried children, moved back to Cheshire.

In 1870, Eliza Brindley, the youngest daughter was married in the Macclesfield area to Cyrus Slater, who was from Cheshire.  So some of the Brindleys moved back to Cheshire probably no later than 1869. 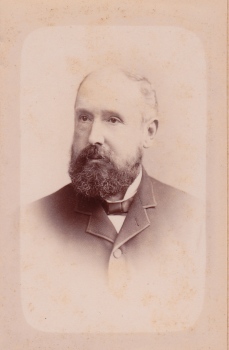 In 1881, Alexander Nicholson was living in Banbury, Oxfordshire, working as a mechanical engineer’s draughtsman.  Ten years later, in 1891, Alexander (known as Alex) married Agnes Hannah Smith in Donabate, County Dublin.  Although the family of Lancelot Smith had moved in 1871 from Rathcoun, County Tipperary, to Corballis, County Dublin, the links with the families they had known in Tipperary were obviously still very strong. 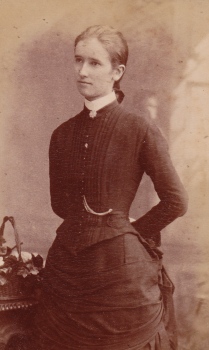 In 1895, Alexander John Nicholson (known as Jack) was born at Blackhall while his father was in Australia selling farm machinery.  His mother Agnes Hannah was staying with her brother William Smith at Blackhall.  I assume her older son Ernest was with her there during her stay.  (Jack’s older brother Ernest and his two younger sisters were all born in England.)

In the 1911 census, Mary Ann Nicholson, then aged 82 and listing herself as a Methodist, was living with her son George and his family at Ballysheehan.  So it seems to me the Ballysheehan property was transferred from Thomas Brindley to the Nicholsons when Thomas returned to Cheshire some time in the mid to late 1860s.  It also seems to me the Brindleys – and maybe also the Nicholsons – were Methodists.  The next generation listed themselves as Church of Ireland, as happened also in the Smith family.

In 1913, Cyrus Slater died in Bramhall, Cheshire, where he and his wife Eliza had lived since their marriage.  They had no children, as far as I know.  Cyrus was a corn dealer and obviously did extremely well because his estate was worth over £90,000.  One of his executors was William Thomas Nicholson, cashier.

So, although Thomas Brindley was in Ireland for less than 20 years, his decision to move there in 1850 had an effect on the future lives of the Smiths, through two marriages:

Both Agnes Hannah Smith and Alexander Nicholson were cousins of Hubert William Smith – although not cousins to each other.

Following is a chart showing the relationships between Brindleys, Smiths and Nicholsons that I have been describing in this post.